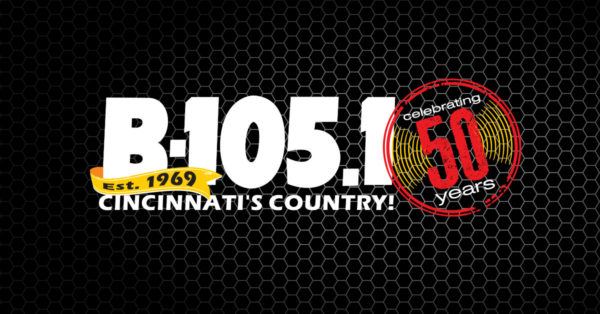 WUBE-FM (Cincinnati’s Country … B-105) celebrates its 50th birthday today. The station began playing Country Music in the Tri-State on April 1, 1969. Through several ownerships, it has never strayed from the format.

The first song ever played was “I’m Moving On” by Hank Snow. Since that tune, countless other Country Music stars – from Johnny Cash to Jason Aldean – have graced the playlist. Songs from the past five decades will fill the airwaves today to mark the occasion. 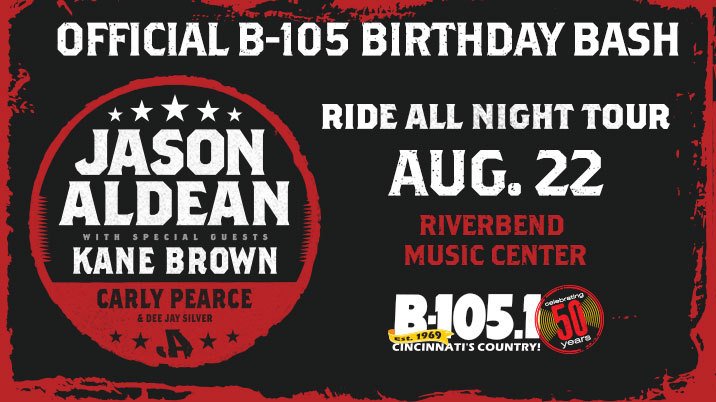 To further celebrate the milestone, Jason Aldean announced this morning on The Big Dave Show that his concert at Riverbend Music Center on Thursday, August 22 will be the official B-105 50th Birthday Bash. Along with Kane Brown and Dee Jay Silver on the bill, is Northern Kentucky native and Academy of Country Music (ACM) nominated, Carly Pearce. Carly grew up listening to B-105 and dreamed of one day being played on the station and performing on Riverbend’s stage. It’s two birthday wishes come true. Tickets go on sale Friday, April 5 at 10:00 a.m. through Riverbend.org. 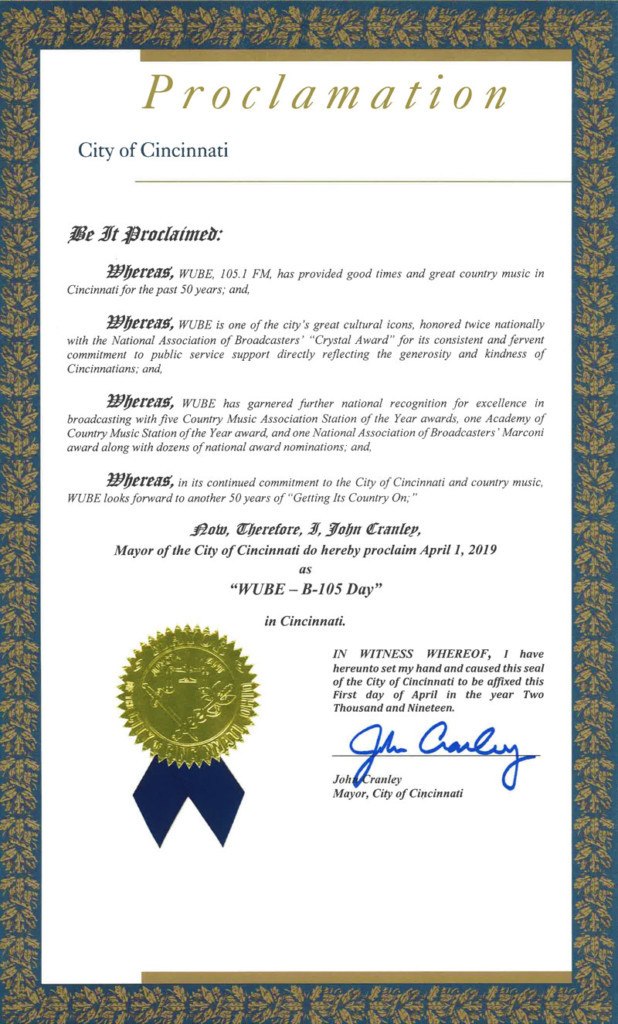