B-105 and The Big Dave Show both win ACM Awards 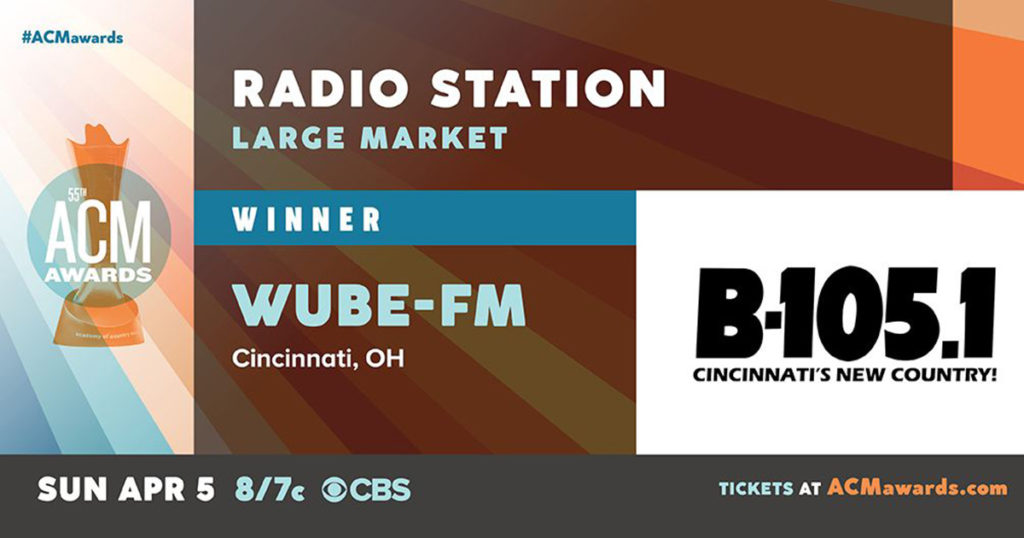 WUBE has learned the station has won TWO Academy of Country Music Awards. WUBE is the ACM Large Market Station of the Year. WUBE’s morning team, The Big Dave Show with Chelsie, Statt and Ashley, also received the honor for Large Market Personality of the Year. WUBE and its morning team will be recognized, along with many other award winners at the 55th annual ACM Awards show in Las Vegas on Sunday, April 5, 2020.

Posted by ACM – Academy of Country Music on Wednesday, February 19, 2020

“The entire WUBE staff is very humbled and honored with these awards,” said Mike Fredrick, Vice President / Market Manager of Hubbard Cincinnati.  “Our goal every day of the year is to entertain our listeners. This is wonderful recognition for everyone’s hard work!”

“I am so proud of this staff!” added Patti Marshall, Operations Manager of Hubbard Cincinnati. “These awards represent the passion they all have for country music and our listeners.”

“It’s a tremendous honor to be recognized for these awards from the Academy of Country Music,” said Grover Collins, WUBE Program Director.  “This is truly a team win!”

“We are beyond floored!” said Big Dave. “We’re so thankful that we get the opportunity to do what we do and to be recognized for it makes it even better. The B-105 listeners are so incredible and we’re super excited to represent Cincinnati at the ACM Awards!”