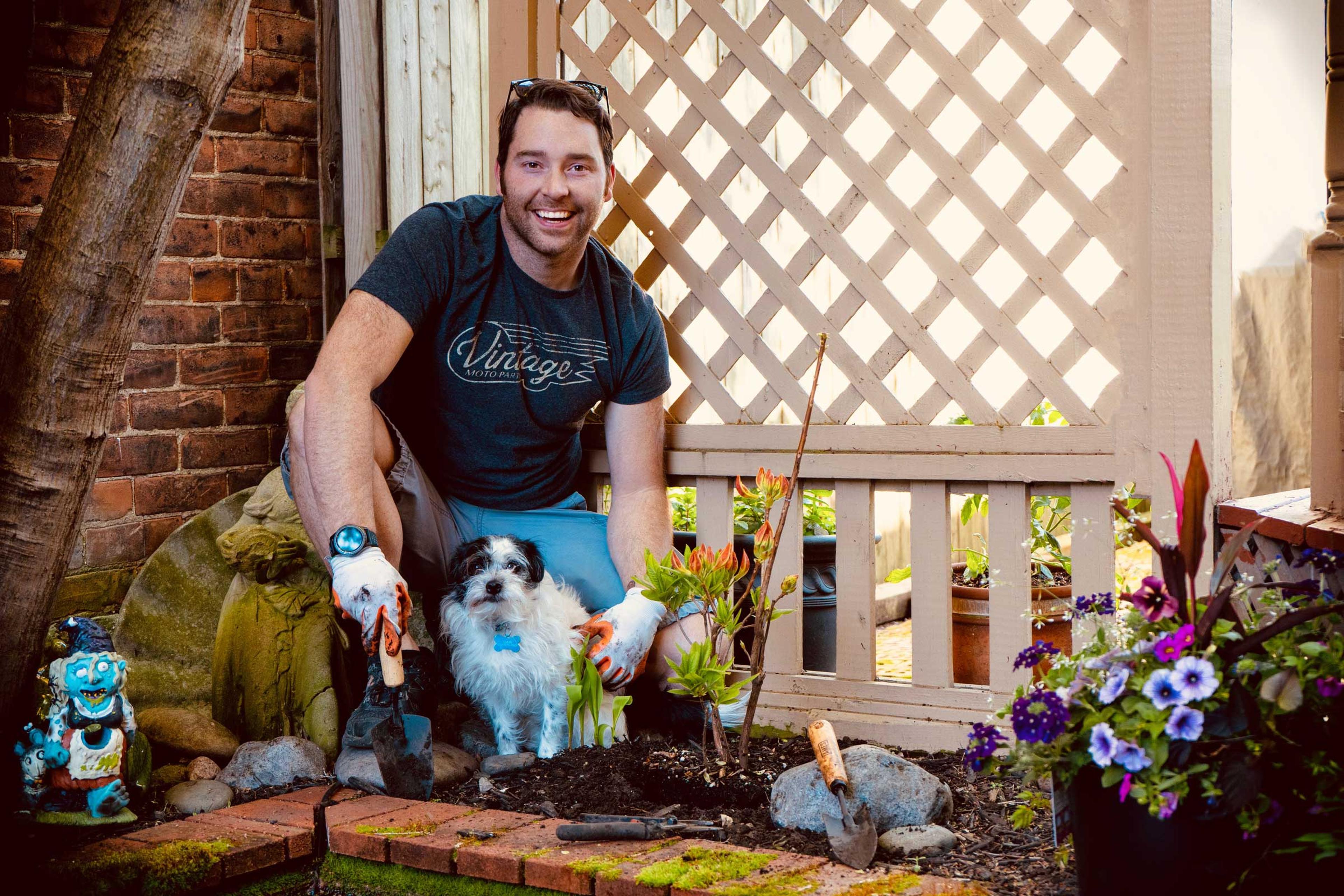 You could say Bud Stross was destined to work in radio. As a child, he created his own radio shows using a karaoke cassette recorder and listened to his mixtapes while out.

Bud started his career with Hubbard Radio in 2008 as a promotions intern and quickly worked his way up to promotions coordinator and an on-air DJ. Long-time listeners may recall one of Bud’s early acts. "My first on-air gig was doing high school announcements for Highlands High School. Fans coined me as Blue Bird Bud."

When he isn't at the station, he works at The Dent Schoolhouse, a nationally-ranked haunted attraction, where he has been a co-owner for more than 17 years. He's also a chicken wing expert! Bud also loves to work in his yard and has a laser engraving business with his wife called the DIY Duo.

This video shows Bud in his element. A special effects make-up artist, Bud and his wife, Aryn, take on one of their many makeup challenges. This time, they're inspired by the show that reigned during the pandemic: Tiger King. Rawr!