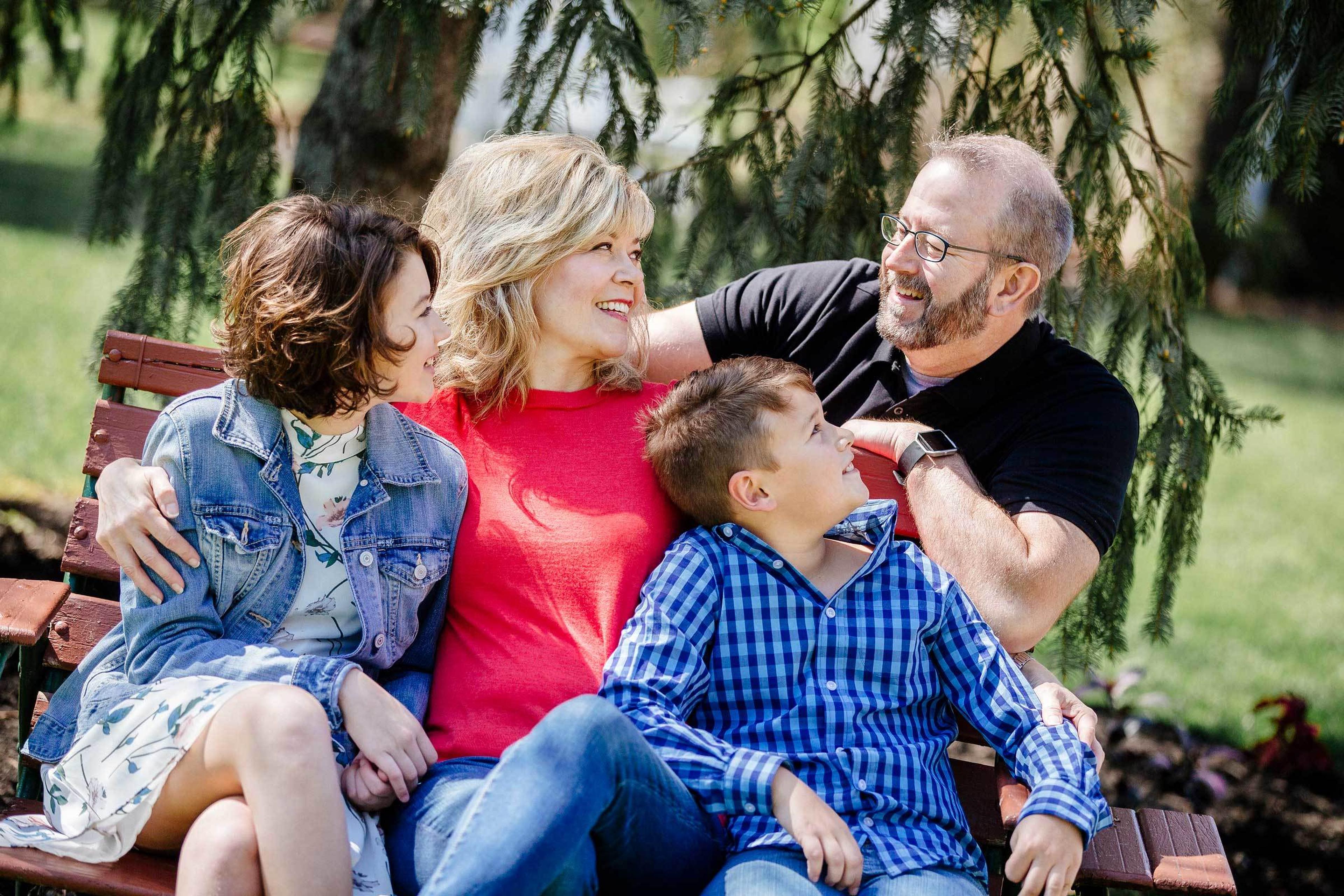 There’s never a dull moment on B-105 during The Big Dave Show, thanks to Big Dave, Chelsie, Stattman and Ashley! Together, the co-hosts have shared plenty of laughs. One of Big Dave’s favorite moments was hearing Stattman try to say, “Channing Tatum” while on air.

Big Dave realized radio was the right career for him in college where he started in commercial art but switched after one semester to radio. Big Dave always has photos of his kids, Darah and Darren, nearby when on air.

As co-host of The Big Dave Show, he has had an opportunity to meet a number of today’s most popular country artists. One of the most memorable encounters took place after the 2016 Country Music Awards. The crew was invited to attend a private party celebrating Garth Brooks’ Entertainer of the Year Award. As he was talking to Garth, the Cubs made history by breaking their 108-year title drought by winning the World Series!

When Big Dave isn’t behind the microphone, he enjoys spending time with his children — even if that means chauffeuring them around from activity to activity. He calls this "Underage Ubering." For this family man, any time spent with his two children is time well spent.

A Man of Many Talents

The lead for the B-015 Morning Show is a man of many talents. He’s ringmaster for The Big Dave Show, a dad, a Reds fan, a jokester, a guitar player and a singer... Well, the last one still needs work as you will see here when he tries to sing with country music star Luke Bryan.